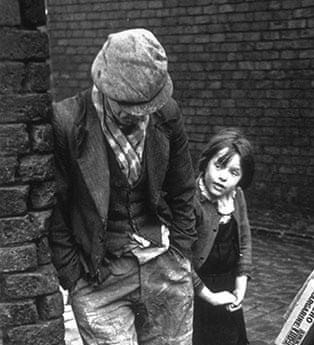 It was the roaring 1920s. After the carnage of the Great War (1914–18), it truly seemed as if Britain was changing for the better in some respects. The old Victorian social mores were eroded; the first Labour government came to power; social welfare had improved in the form of pensions and the beginnings of slum clearances.

Yet in some respects, the Victorian age was still ongoing—at least when it came to the lot of the poor. Vagrants, much as they had done for about 100 years past, still had to “tramp” from town to town to receive a meal at a workhouse casual ward, and if they managed to get a little money, they might go to a common lodging house. These would be the worst: for a few pence or perhaps a shilling per night they could get a dirty bug-infested bed in a room with several other tramps, a bucket for a toilet. No — it was much better to go to the workhouse or, as the tramps called it, “the spike.”

George Orwell was one man who, in imitation of Jack London and other social investigators like Henry Mayhew, decided to venture among the poorer parts of the city and, donning tramp’s clothes, spend time among society’s outcasts, both in London and Paris, by taking various menial jobs and sleeping in lodging houses, and getting to know the “the people of the abyss.”

Orwell later published these recollections as Down and Out in Paris and London (1933). What is interesting about Orwell’s tale from a crime historian’s or Robin Hood scholar’s perspective is the account of one afternoon Orwell spent amongst some tramps while waiting for the “Cromley” (a contraction of Croydon and Bromley) workhouse casual ward to open. The tramps sat around telling each other stories, among which were ghost stories and rehashes of gothic tales. But let Orwell tell the rest in his own words:

“Another tramp told the story of Gilderoy, the Scottish robber. Gilderoy was the man who was condemned to be hanged, escaped, captured the judge who had sentenced him, and (splendid fellow!) hanged him. The tramps liked the story, of course, but the interesting thing was to see that they had got it all wrong. Their version was that Gilderoy escaped to America, whereas in reality he was recaptured and put to death. The story had been amended, no doubt deliberately; just as children amend the stories of Samson and Robin Hood, giving them happy endings which are quite imaginary.

“This set the tramps talking about history, and a very old man declared that the ‘one bite law’ was a survival from days when the nobles hunted men instead of deer. Some of the others laughed at him, but he had the idea firm in his head. He had heard, too, of the Corn Laws, and the jus primae noctis (he believed it had really existed); also of the Great Rebellion, which he thought was a rebellion of poor against rich—perhaps he had got it mixed up with the peasant rebellions. I doubt whether the old man could read, and certainly he was not repeating newspaper articles. His scraps of history had been passed from generation to generation of tramps, perhaps for centuries in some cases. It was oral tradition lingering on, like a faint echo from the Middle Ages.”[1]

A lengthy quote, to be sure. But let us focus on Orwell’s brief, throwaway reference to Robin Hood. The death of Robin Hood at the hands of Prioress of Kirklees dates back all the way the poem A Gest of Robyn Hode (1495), in which Robin Hood, being a sick old man, applies to the prioress to be bled. However, the prioress, in league with Sir Roger of Doncaster, conspires to kill him:

In place where as he stode,

“To morow I muste to Kyrkely,

Craftely to be leten blode.”

By the pryoresse he lay,

And there they betrayed good Robyn Hode,

Cryst have mercy on his soule,

That dyded on the Rode!

For he was a good outlawe,

The story was then expanded upon in an early modern ballad entitled The Death of Robin Hood, perhaps of sixteenth or early seventeenth origin, in which the prioress simply bleeds him to death.

Orwell was an educated man from a relatively affluent family, even if he fell on hard times at some points in his life. We might assume that his familiarity with the story of Robin Hood’s death came from perhaps having read one of the many cheap reprints of Robin Hood ballads or some of the many reprints of Victorian Robin Hood books that could be borrowed from public libraries in the 1920s and 1930s. Sarah Hawkes Sterling’s Robin Hood (1928)—which contains an account of Robin Hood’s death—also appears to have been a favourite with children in the 30s and 40s, according to research I conducted from Mass Observation records. Yet it is clear that, as Stephen Knight argues, the story of Robin Hood’s death has never been popular with fans of the outlaw, particularly children, who often change the story. People do not like to see a hero die.

The tramps’ main entertainment, however, was the story of the Scottish outlaw Gilderoy.  Orwell got the story of Gilderoy pretty much correct so little need to be added to that, but it is interesting that Gilderoy was given a happy ending. It is as though the tramp wished for him to evade the authorities one last time, to make a miraculous escape from the law. Stories of debonair thieves evading justice were popular with many poorer readers since the eighteenth century because the thief’s life represented a life unrestrained by the hard yet unrewarding work which many working-class people lived. The trope of a thief bravely escaping the hangman’s noose recalls John Gay’s The Beggar’s Opera (1728)–the protagonist Captain Macheath being based upon Jack Sheppard–to ‘comply with the taste of the town’:

Player. But, honest Friend, I hope you don’t intend that Macheath shall be really executed.

Beggar. Most certainly, Sir.—To make the Piece perfect, I was for doing strict poetical Justice.—Macheath is to be hang’d; and for the other Personages of the Drama, the Audience must have suppos’d they were all either hang’d or transported.

Player. Why then, Friend, this is a downright deep Tragedy. The Catastrophe is manifestly wrong, for an Opera must end happily.

Beggar. Your Objection, Sir, is very just, and is easily remov’d. For you must allow, that in this kind of Drama, ’tis no matter how absurdly things are brought about—So—you Rabble there—run and cry, A Reprieve!—let the Prisoner be brought back to his Wives in Triumph.

Player. All this we must do, to comply with the Taste of the Town.[3]

There may have been a hint of radicalism in some tramps’ desires to allow the thief to escape the clutches of the law. As we have seen, another tramp set himself going talking about the Norman Yoke, and the fictional droit de signeur (in which the lord of manor was apparently allowed to deflower virgin peasant girls). The same tramp had heard of the Corn Laws and the Great Rebellion—we might assume that the latter was Wat Tyler’s Rebellion, or the Peasants’ Revolt of 1381. The tramp got mixed up, it seems, between the Peasants’ Revolt and the ‘Great Rebellion’, which in Orwell’s day would have been widely known to have referred to the Indian Mutiny of 1857.

To say that there was a hint of radicalism, of course, is not to say that tramps were sat around planning to build barricades—revolutions rarely spring from the lowest of the low in society. Yet the tramps do, in a limited sense, recognise the source of their troubles throughout history—the establishment—and they recognise that certain forms of oppression have a history. This history was passed on through word of mouth, much like stories of thieves had always been passed on via oral tradition throughout history.

There was in Britain a movement during the early twentieth century to try and recover England’s lost oral traditions. But they were mostly interested Cecil Sharp (1859–1924) scoured the country transcribing ‘lost’ ballads and folk songs. Special societies spearheaded by bourgeois intellectuals were established dedicated to researching lost British traditions. Yet these metropolitan intellectuals were in love with a romanticised view of ‘folk’ history: it had to be sung and had to be sung by people working in fields in rural and remote areas—they rarely ventured out, like Orwell, to talk to the very paupers on the doorstep who had their own oral traditions. In doing so, such researchers missed “the faint echo of the Middle Ages!”