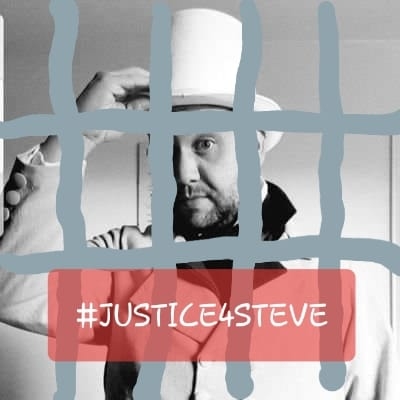 All great crime writers and crime fighters have at some point in their careers been falsely accused of a crime they didn’t commit. Jessica Fletcher in an episode of Murder, She Wrote, for instance, found herself on the “wrong side of law” very briefly, as did the wonderful Olivia Benson in Law and Order: SVU. So too did I, the principal author of this blog—and the author of several crime history books, journal articles, and online articles, by the way (just putting that out there)—likewise find myself falsely accused of a crime I didn’t commit.

I remember it well: it was the evening of 17 November 2019—it was a dark and stormy night, and wintry rain fell in torrents. Having wended my way home from a hard day at work, I got inside, checked on the cat and gave him a stroke, and proceeded to make myself some dinner. It was to be a TV dinner that evening—a quick microwave job because I couldn’t be bothered to cook.

After three minutes the microwave pinged, and having deposited the contents of the meal tray on plate, I sat down on the sofa and proceeded to eat. I have a bad habit of scrolling on my phone when eating alone, and this evening’s meal’s entertainment was brought to me by Facebook. Among the many updates of Christmas tree pictures I caught sight of a man in a Ralph Lauren rugby top, wearing a flat cap.

That looks like me, I thought, and I proceeded to read the caption accompanying the picture: “Does anyone know this man?”

The picture was in a Facebook group called ‘Leeds Crime and Incidents’, run by Yorkshire Evening Post.

Allegedly this man pictured had stolen a phone out of a van belonging to Mr Dan Collins of Barnoldswick, the owner of J.D. Locksmith, the person who uploaded the picture (I am naming him because he obviously had no issue with revealing his own identity and inviting people to contact him on Facebook—that most public of social media fora).

I looked again—the man in the picture was me! Yet I had stolen nobody’s phone at all!

Here I was, enjoying an evening meal, and seeing my face plastered on Facebook, accused of a crime I didn’t commit.

But there was more—Collins claimed that he had “evidence” against me. He had a picture of me—near his van!

Yes, in Leeds city centre—a city with a population of 809,372 people—with its fashionable arcades selling designer wear, large department stores, its nearly 400 bars and restaurants frequented by many—here I was, accused of a crime, simply for being near Mr Collins’s van.

As well as the picture, Mr Collins claimed that he had video evidence. The evidence was from his dashcam. I certainly was in the video—it is unmistakably me (and as I’ve reassured many people since, it is most definitely the camera that adds 10lbs—I have not been slacking with diet and exercise…)

The video from the dashcam was quite incriminating—it shows me literally walking down the street (and that’s it).

This was one of my first questions: why did you think it was me who stole your phone? To this he replied that it was because I was walking near his van and paused for a moment. I know not in what school Mr Collins was educated, but historians are taught to think critically about source material. Had Mr Collins exercised good judgment, he might have considered why I paused near his van. It was because, as the video shows, a bus was driving up the road. Obviously, I did not want to get hit by a bus, so I did indeed wait for a moment before crossing.

(More of Mr Collins’s “evidence” against me–here I am, in one of the UK’s largest cities, walking down the street–such suspicious behaviour!)

He revealed, in hindsight, that he was indeed wrong to accuse me.

Challenging him further via private messenger, I requested him to take the post down. To his credit, he did do this, but he thus far refuses to apologise publicly for his actions.

Wanting to clear the matter up, I requested the crime number which he would have been given when the phone was originally stolen on 10 November 2019. It was me who contacted the police in an endeavour to clear this matter up, which it was the following morning–the police, being rather sensible, recognise that there was absolutely no evidence against.

What is the moral of the story to take from this? I guess, quite obviously, it’s to think before you share someone’s picture online and accuse them of a criminal act. So many pictures of people are shared on social media, accusing them of some wrong doing, and these pictures are then re-shared by other people. Before you know it, perhaps think about the person in the picture—they may be completely innocent of any wrong-doing.

As of today, Mr Collins refuses to publicly apologise in the same Facebook group—as I’m a rather good-natured person, however, I think I will just move on from the matter.