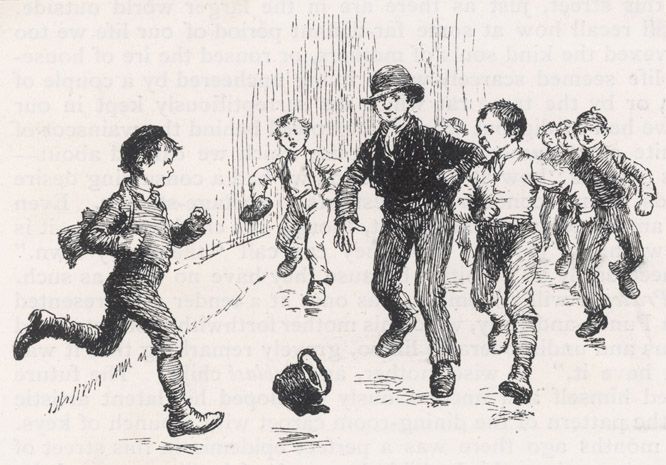 Young lads have always enjoyed playing football, but sometimes their love for it can land them in trouble with the police. This is as true today as it was in the Victorian era, where in court records we find two residents from Richmond, London, William Ford, aged 19, and Henry Hold, aged 15, arrested for having broken into a shop and stealing a football.

On 20 December 1894, Mr James Burford, the Managing Director of the London and Birmingham Manufacturing Company, left £1 in the cash register and 1 shilling and threepence in the bowl on the cashier’s desk, locked up the office went home for the evening. When he came back the next morning, he found that the till and the money on the side had been emptied, and that a football was missing from his shop.

It’s pretty obvious that Ford and Holt were not master criminals; the best criminals are never caught and they tend to keep quiet about the offences they’ve committed. Not so with these two delinquents; to other members of the local community they decided to announce their intention to burgle other businesses in their home neighbourhood.

Their inability to keep their traps shut about their past robberies and their intentions to go about robbing other people naturally aroused the suspicions of the local bobby, Sergeant Hawkins, who decided to collar the lads a few days later – policemen were much more heavily involved in their local communities than they are today – and at their homes the policeman informed Holt that he had come to arrest them for breaking into Burford’s shop. In their possession, he found a brand new football which matched the description of the missing football from Burford’s factory.

The two delinquents were hauled to the Police Court (now known as the Magistrates Court) where they were cross-examined; they insisted that they had purchased the football off a random stranger, a defence that was given very little credit by all present, for in the words of Burford himself, although the design was common, he had no doubt that the ball in the boys’ possession was his missing football:

Cross-examined by MR. DRAKE. Castle Yard is in Hill Street, about three minutes’ walk off—this football has been very little Used—I recognise it by the letter “U” stamped on the bottom—we have only just commenced keeping them—it is a common class of football—the “U “is not our mark; it is a common trade mark; we have no private mark on it.

Re-examined. I have very little doubt it is the ball I missed.

Holt had pleaded Not Guilty originally while Ford changed his plea to Guilty, but the magistrate found them Guilty.

Ford was sentenced to six months hard labour, while Holt was given nine months.

We know little of Ford and Holt’s life after this event. Holt died in 1904 but his death records do no state the cause of it.

Ford, however, was charged with theft again in 1901, and sentenced to another 9 months of hard labour, after which he was discharged as an ‘Habitual Criminal’. Today, of course, 9 months for stealing a few pounds and a football would barely even attract the attention of a magistrate and still less would it warrant a custodial sentence.