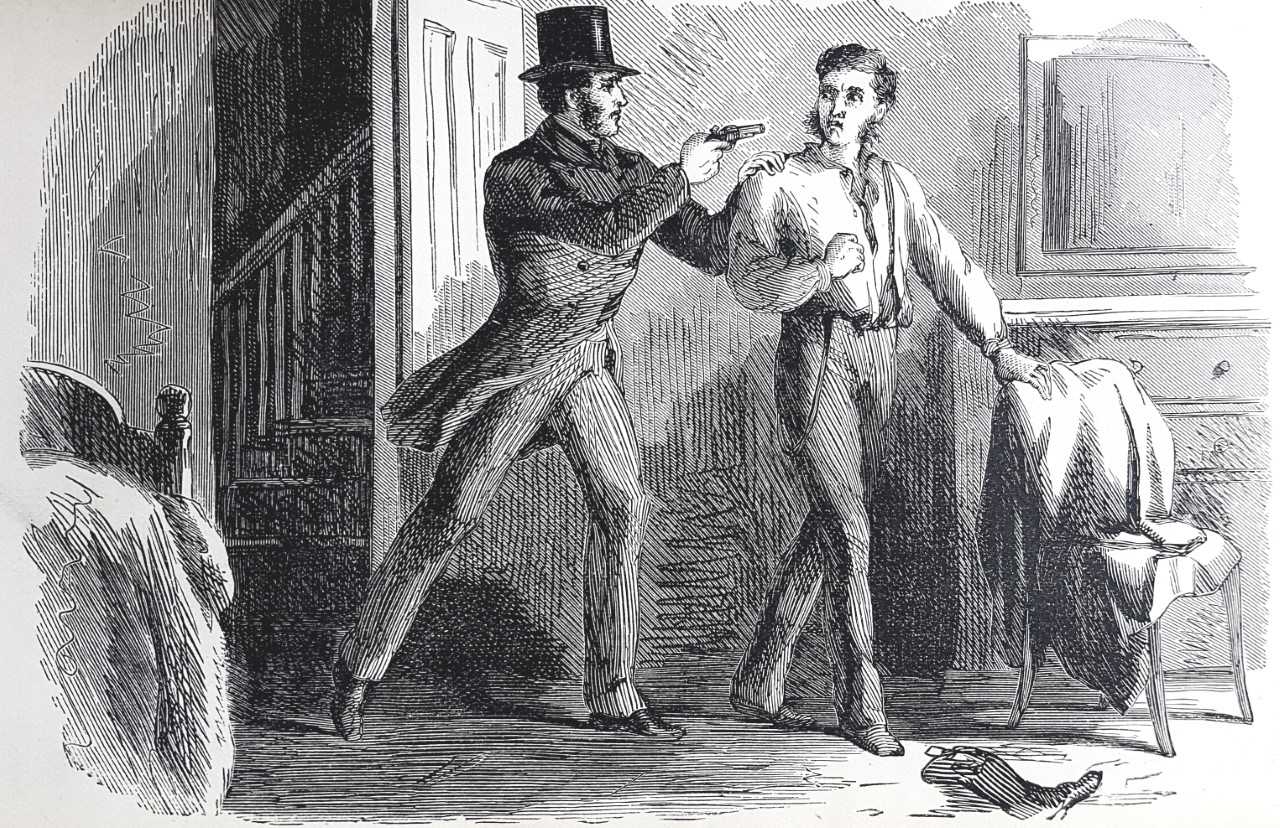 In the Victorian era, New York was in many ways comparable to Paris and London; it was a large industrial city with ‘dark Satanic mills’, or factories, in which the poor and the rich lived “cheek by jowl”; paupers lived a hand-to-mouth existence and for many, a life of crime as part of an organised criminal gang was more attractive to a life of toiling for a pittance in a factory. And just as London with its alley-ways and courts provided the perfect setting for Reynolds’s and Sue’s crime novels, so Ned Buntline imagined it as the perfect place to set his own crime novel: The Miseries and Mysteries of New York (1848–49).

Buntline was, like his British counterpart Reynolds, a moralist and social reformer, although Buntline’s radicalism and ideology were of an entirely different hue to that of Reynolds. Buntline was a ‘nativist’ (racist); was fiercely anti-Catholic, an attitude which likely stemmed from prejudice against Irish people who arrived in New York in large numbers during the 1840s; and he was strongly opposed to immigration. When he and those who shared his views could not achieve an end to immigration through democratic means, they incited riots. Buntline became notorious as one of the leaders of the infamous Astor Place Theatre Riot on 10 May 1849. It should be remembered that the United States was, at this point, a young nation, having won its independence from Britain in 1783. The cause of the riot at Astor Theatre was because some of the nativists, who had some dubious connections with the gangs located around the Five Points area of New York, objected to seeing an English actor, William Charles Macready, on stage playing in Macbeth and outselling a performance of the same play at a rival theatre a few days before, starring an American, Edwin Forrest.[i] Indeed, cordial relations between the citizens of the USA and the UK, and their respective governments, really only came about after the Second World War (1939–45).

It was on the side of the American actor, Forrest, that Ned Buntline marshalled support in the riot. Intensely distrustful of the English, in The Mysteries of New York, the most notorious organised crime gang is one in which all its members are English:

There is a house in Cherry Street, not far from Catherine Market – a low, frame-house, painted yellow – a two storied building, which is well-known to every police officer in city … [which] was a kind of general assembling room for the English burglars and pickpockets, who, driven from their own land, pursued their “profession” in New York.[ii]

The gang is arranged in a “traditional” hierarchy with a clear leader, named Jack Circle, and under him

They have formed themselves into a regular confederacy, agreeing to act upon the orders of their chief, which were to be given in consultation with the gang in assembly. And the gang had their regular meetings, when the report of each member was as duly given to the chief as the reports of the city police are to their worthy head.

Thus, Circle’s gang mirrors traditional legal and social structures. Buntline then introduces readers to several of the most prominent members of the criminal, who are all ‘Englishmen of the real St. Giles’s order’, and in their appearance recall Bill Sikes from Charles Dickens’s Oliver Twist (1838). Circle is a rather brutish fellow, about fifty years of age, red-faced from a life of heavy drinking, but large and muscular. He was probably based upon a real-life criminal named Harry Hill, an Englishman born in 1827 but who emigrated to New York at an early age and, throughout his life, maintained several gambling dens in the Bowery area.

There were, in fact, a number of English criminals who had made a life for themselves in New York City during the nineteenth century. In the 1850s, Harry Lazarus emigrated to the city from England and made his name as a boxer while simultaneously establishing himself as an important underworld figure.

There is also a female member of Circle’s gang who, unlike in most organised crime units, past or present, takes an active role in the network’s criminal activities. There was indeed a notorious Englishwoman who flourished in New York during the mid-nineteenth century named Gallus Mag, though readers may be more familiar with the character of Hell-Cat Maggie in the movie Gangs of New York (2002). The ferocity of the historical Hell-Cat Maggie is described by Alfred A. Knopf in this manner:

It was her custom, after she’d felled an obstreperous customer with her club, to clutch his ear between her teeth and so drag him to the door, amid the frenzied cheers of the onlookers. If her victim protested she bit his ear off, and having cast the fellow into the street she carefully deposited the detached member in a jar of alcohol behind the bar…. She was one of the most feared denizens on the waterfront and the police of the period shudderingly described her as the most savage female they’d ever encountered.[iii]

Being English criminals, of course, they speak in a special language called “English flash”, which Buntline says is similar to the cant spoken by thieves found in the East End of London. And being English, Circle attempts to model himself, presumable without much sincerity, however, upon the English criminals of folklore and history, and he is a huge fan of the novels of Walter Scott and Edward Bulwer Lytton.

To cite this article:

All photographs taken from Wikimedia Commons or the works of Jacob A. Riis.