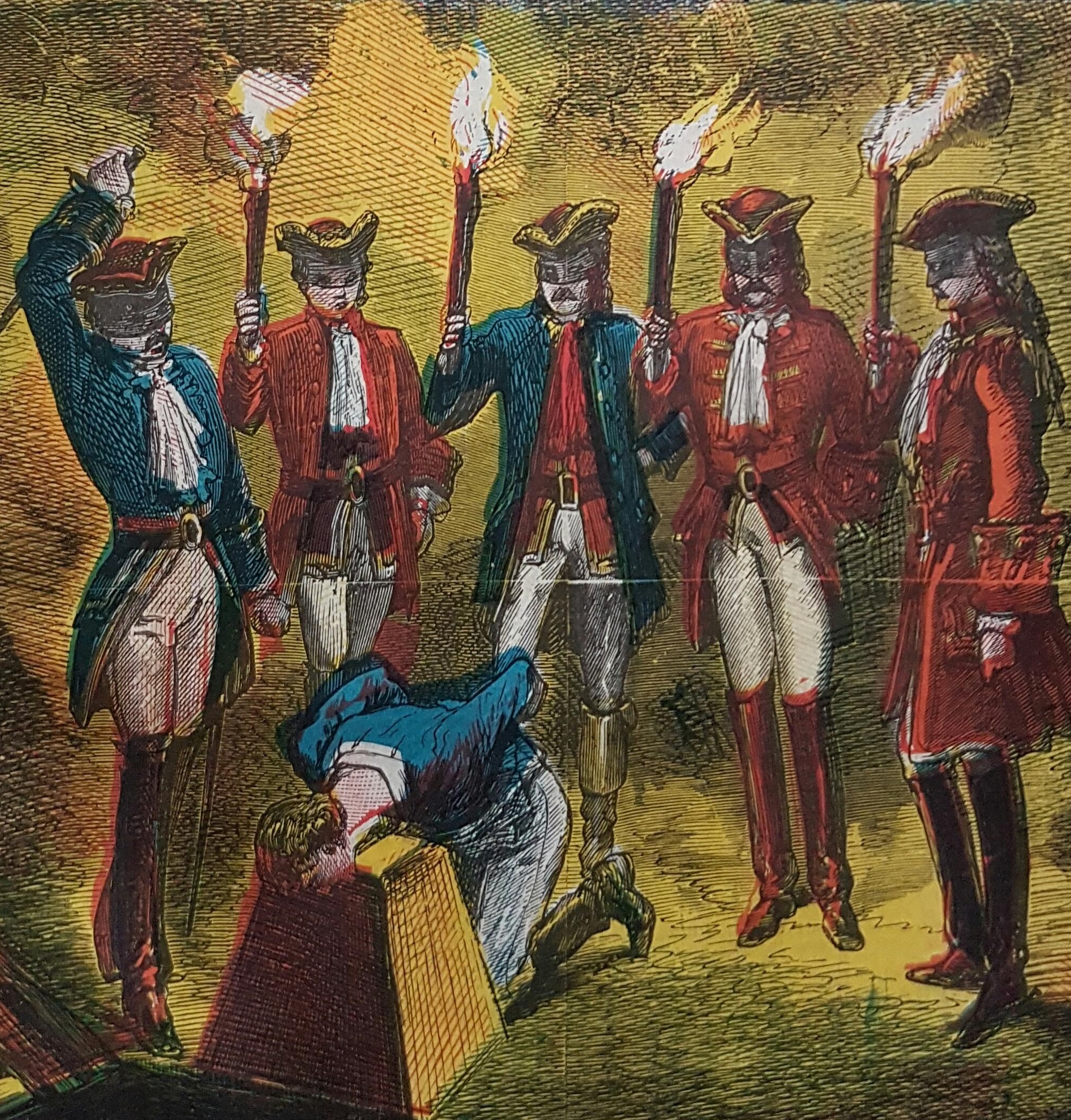 In addition to my PhD thesis entitled ‘The Changing Faces of Robin Hood, c.1700-c.1900’ and my forthcoming book, The Mob Reformer: The Life and Legend of Wat Tyler (2018), I have also been contracted to author another book entitled The Lives and Exploits of the Most Noted Highwaymen, Rogues, and Murderers which is due to be published by Pen & Sword Books in September 2018.

It is envisaged as a cultural history of crime, being a readable and scholarly compendium of short biographies of the most notorious thieves, reprobates, rogues, and murderers throughout history. I will discuss whether Robin Hood was a real person, and I will introduce readers to Sawney Beane, the seventeenth-century Scottish cannibal whose story inspired the movie The Hills Have Eyes (1977).

The book will also contain several appendices such as a Dictionary of Thieves’ Cant, as well as several poems on highwaymen from historical works, such as the following one from William Harrison Ainsworth’s Rookwood (1834):

Of every rascal of every kind,

The most notorious to my mind,

Which Nobody Can Deny

But the pleasantest coxcomb among them all,

For lute, oranto and madrigal,

Was the galliard Frenchman, Claude DuVall

Which Nobody Can Deny […]

Nor could any so handily break a lock,

As Sheppard, who stood on Newgate Dock,

And nicknamed the gaolers around him his flock

Which Nobody Can Deny

Nor did the highwayman ever possess,

For ease, for security, danger, distress,

Which Nobody Can Deny.

Having over the years also built up a collection of penny dreadfuls and criminal biographies, the book will also be profusely illustrated throughout with images taken from these rare items.

Below is a copy of the blurb which will appear on the back of the book:

“For as long as human societies have existed there have always been people who have always transgressed the laws of their respective societies. It seems that whenever new laws are made, certain people find ways to break them.

“This book will introduce you to some of the most notorious figures, from all parts of the world, who have committed heinous crimes such as highway robbery, murder, and forgery.

“Beginning with Bulla Felix, the Roman highwayman, this book traces the careers of medieval outlaws such as Robin Hood. Early modern murderers make an appearance such as Sawney Beane, whose story inspired the horror movie The Hills Have Eyes (1977). There is Jack Sheppard, an eighteenth-century criminal who escaped from prison on several occasions, and the ruffian Dick Turpin. There is the Scottish freedom fighter Robert Roy MacGregor, who was immortalised in Walter Scott’s Rob Roy (1817), as well as the Eastern European outlaw Janosik. Australian bushrangers such as Ned Kelly and the American Jesse James also make an appearance, along with many others whose names have become synonymous with crime and roguery.

“This book also includes an appendix of seventeenth- and eighteenth-century thieves’ canting language, as well as several historical poems, songs, and ballads relating to the subjects discussed, and the work is prefaced with an essay highlighting the significance of crime literature throughout history.”