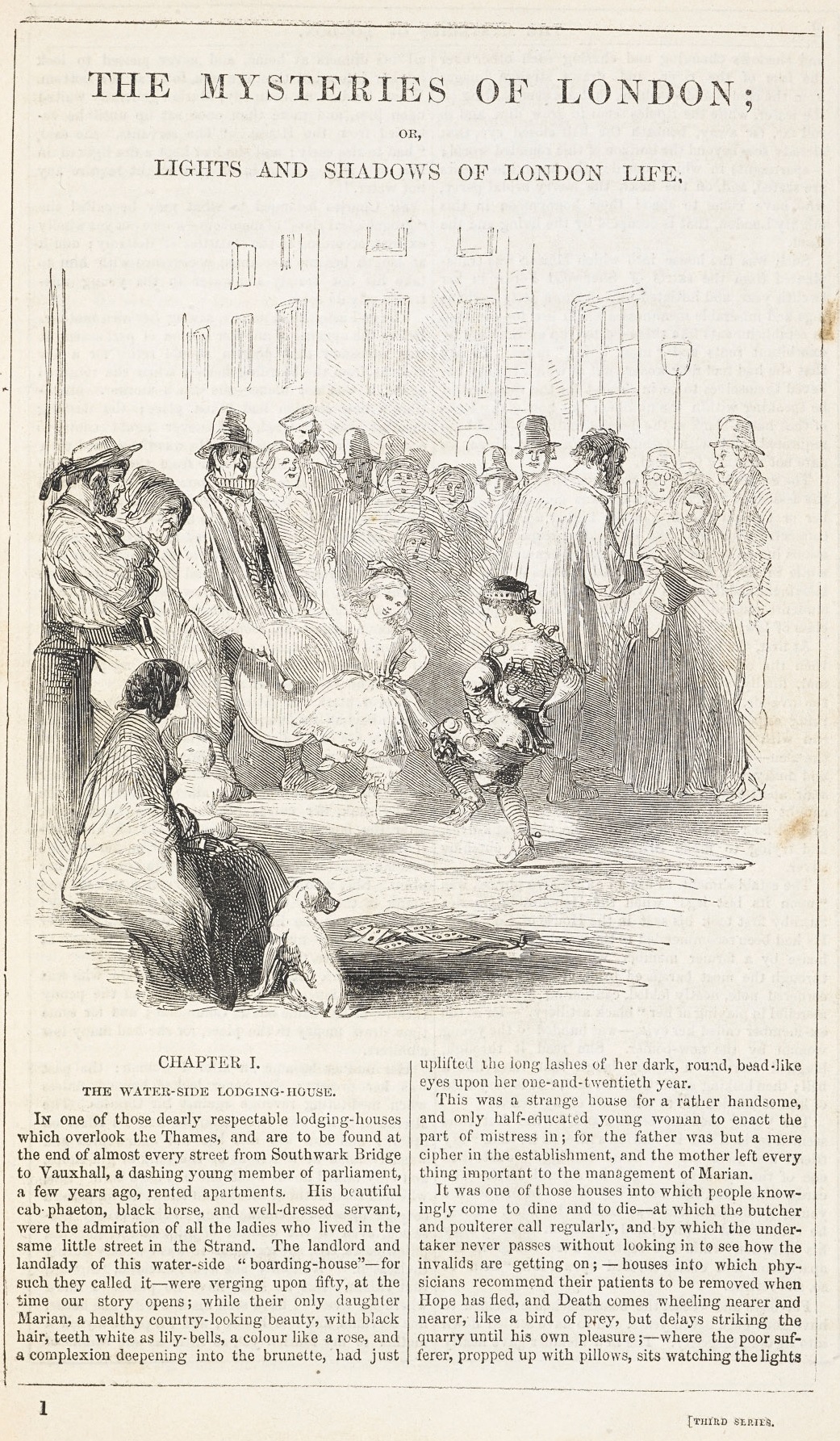 Thomas Miller’s The Mysteries of London; or, The Lights and Shadows of London Life (1849) is a continuation of G. W. M. Reynolds’ eponymous penny blood serialised novel published between 1844 and 1848 (Reynolds had been inspired by an earlier French serial entitled The Mysteries of Paris published in 1844 by Eugene Sue). Reynolds decided to quit writing the Mysteries for two reasons: he had not only grown tired of writing it but had also fallen out with his publisher.[i] Miller, who was a skilled novelist, was chosen by the publisher, George Vickers, to continue the very popular serial. The Mysteries of London, in fact, was the biggest-selling novel of the Victorian era.

I have only recently tracked down a copy of Miller’s continuation of the Mysteries and have not had time to read it as yet. Like Reynolds’ first and second volume of the Mysteries, it does not yet appear to have been digitised by Nineteenth-Century Collections Online or the British Library, and is quite rare.[ii] Furthermore, it has not, thus far, been subjected to critical analysis.

Miller will be familiar to readers of this blog as the man who authored the Robin Hood novel, Royston Gower; or, The Days of King John (1838). Interestingly, from my own position as a Robin Hood researcher, the principal aristocratic villains of Miller’s Mysteries has the same surname of De Marchmont, the same name as one of the cruel Norman antagonists in Miller’s Robin Hood story. Furthermore, one of the principal female protagonists in Miller’s novel is named Marian, and she has travelled from a village near Sherwood to seek her fortune in London. Given that Miller’s Mysteries was written partially to highlight the abuses and corruption of the aristocracy, perhaps he was trying to incorporate the world of the Mysteries into the Robin Hood universe, in order to show that, even from the medieval period, aristocrats are villainous, self-serving, and corrupt.[iii]

Once I have read the novel in full an analysis and commentary will follow. This post is only to highlight some of the pictures that appeared in the serial. Permission is freely granted to use the pictures, should anybody wish to do so – a citation to the website is all that is asked as it does take a lot of time to scan these images in and upload them on the website (I had a recent twitter spat with a certain popular history magazine after they used one of my images). 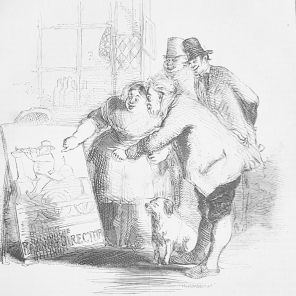 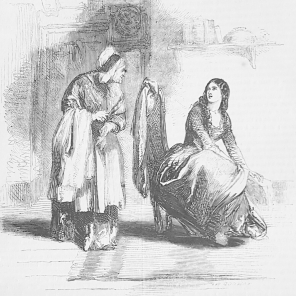 [iii] Stephen Knight, Reading Robin Hood: Content, Form and Reception in the Outlaw Myth (Manchester: Manchester University Press, 2015), p.155; Knight says that Miller was ‘a serious radical’ and ‘a dedicated Chartist’. While there is sympathy for the Chartist cause in his work, I can find no overt reference in either Miller’s writings or those of Chartist historians to suggest that he played a role in the movement. His main association with Chartism seems to have come from the fact that he was friends with Thomas Cooper throughout his life.