In the 19 June 1842 issue of the Parisian magazine, Journal des Debats, a new serialised story appeared entitled The Mysteries of Paris, which ran weekly until 15 October 1843.

The novel was written by Eugene Sue (1804-1857), and the plot concerns a man called Rodolphe who moves through the Parisian underworld doing good works, such as saving young girls from procuresses (women who would pimp other women out). In time, it turns out that Rodolphe is actually a very rich man, and heir to a German dukedom.

The plot was inspired by his political beliefs, for Sue was a socialist, and his rendering of the desperate plight of the Parisian underclasses was intended to inspire sympathy among for them amongst his affluent readers. This is perhaps why Richard Maxwell sees in Sue’s novel the first glimmers of what he calls ‘bleeding heart liberalism’ (think The Guardian newspaper). In addition to having written some fairly successful novels, he took part in the French Revolution of 1848, after which time he was elected to the Parisian Legislative Assembly, however, with Napoleon III’s coup d’etat, he was exiled to Savoy and spent the rest of his days there.

Richard Tennebaum argues that The Mysteries of Paris, along with The Mysteries of London (1845) which it inspired, represented a new genre of fiction: the urban gothic. In these novels the modern industrial city provided the setting for a gothic romance, in contrast to the rural gothic settings of writers such as Matthew Lewis and William Harrison Ainsworth. The City is portrayed in these City Mysteries as a maze where all manner of vice and crime exist, from fashionable high class residences to the slum districts.

The novel appears to have been well received amongst readers of all classes; and of course G. W. M. Reynolds was quite taken with it, seeing as he produced his own The Mysteries of London, and Sue’s novel was also translated into English as a penny blood, or penny dreadful, and went through several editions. In fact, Sue’s serial kicked off a whole ‘City Mysteries’ genre:

It should not be supposed that Sue’s novel, in contrast to the many other penny serials at this time, was aimed at children (penny bloods typically featured boy thieves and highwaymen from the eighteenth century). Instead this is a serial which was read by adults, and indeed, it would be only in the latter part of the 1800s that penny serials would become targeted specifically towards young readers.

Despite being one of the most successful novels of the nineteenth century, and having inspired a host of imitators, there has as yet been no English language film made of it (nor of Reynolds’ Mysteries either). There was one French film made back in the 1960s but, alas, it is extremely hard to get hold of, so I doubt I’ll be watching it anytime soon!

Here are some of the images from the first English edition of the novel: 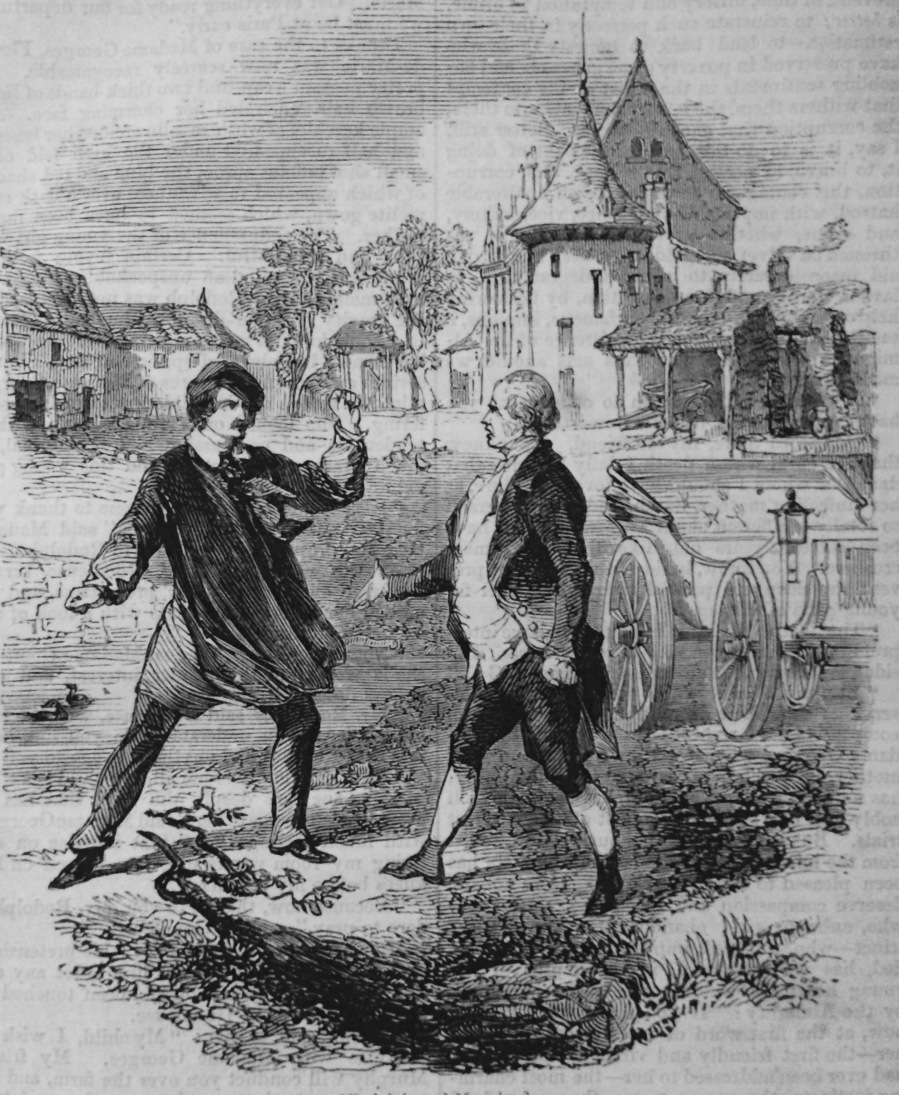 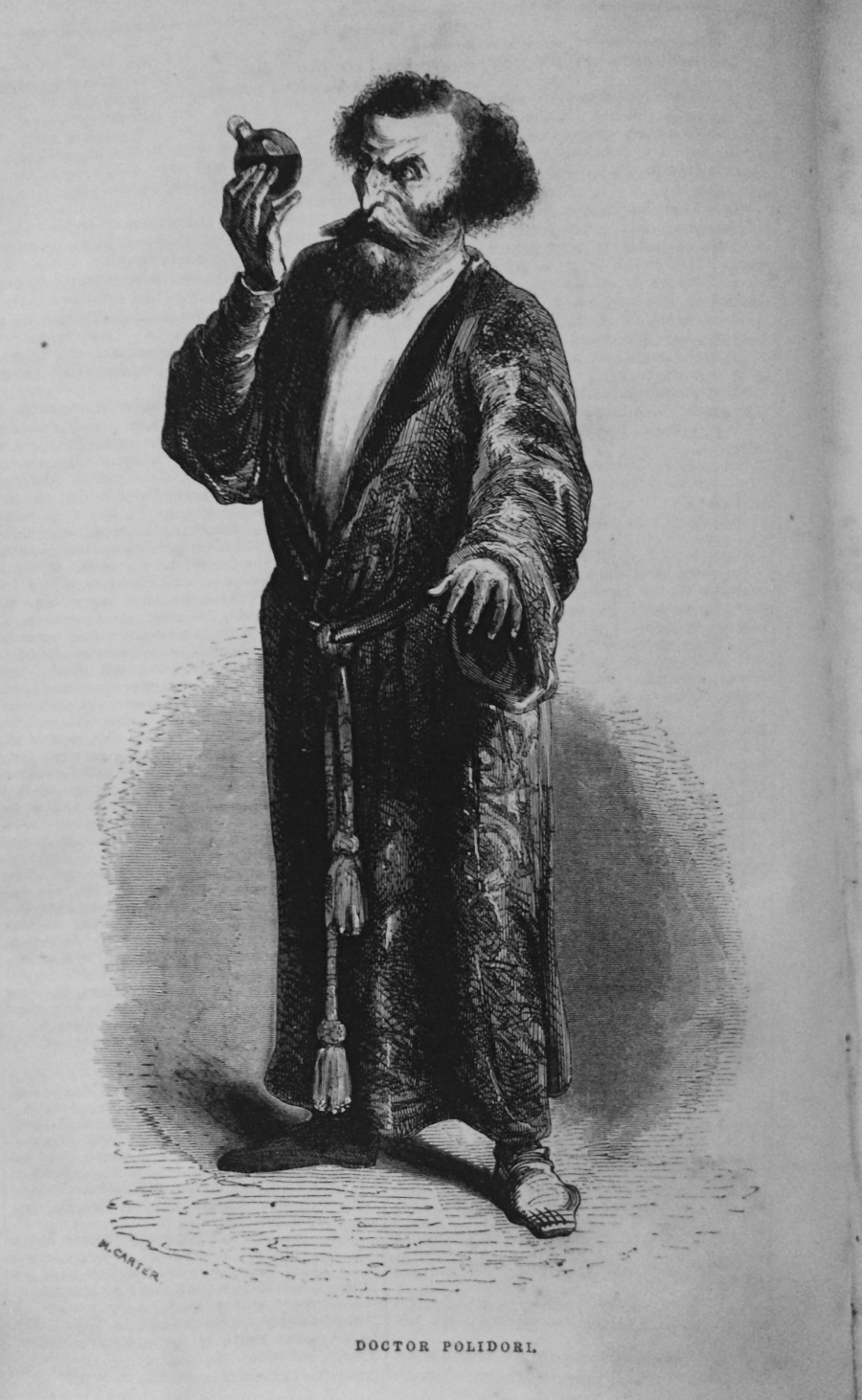 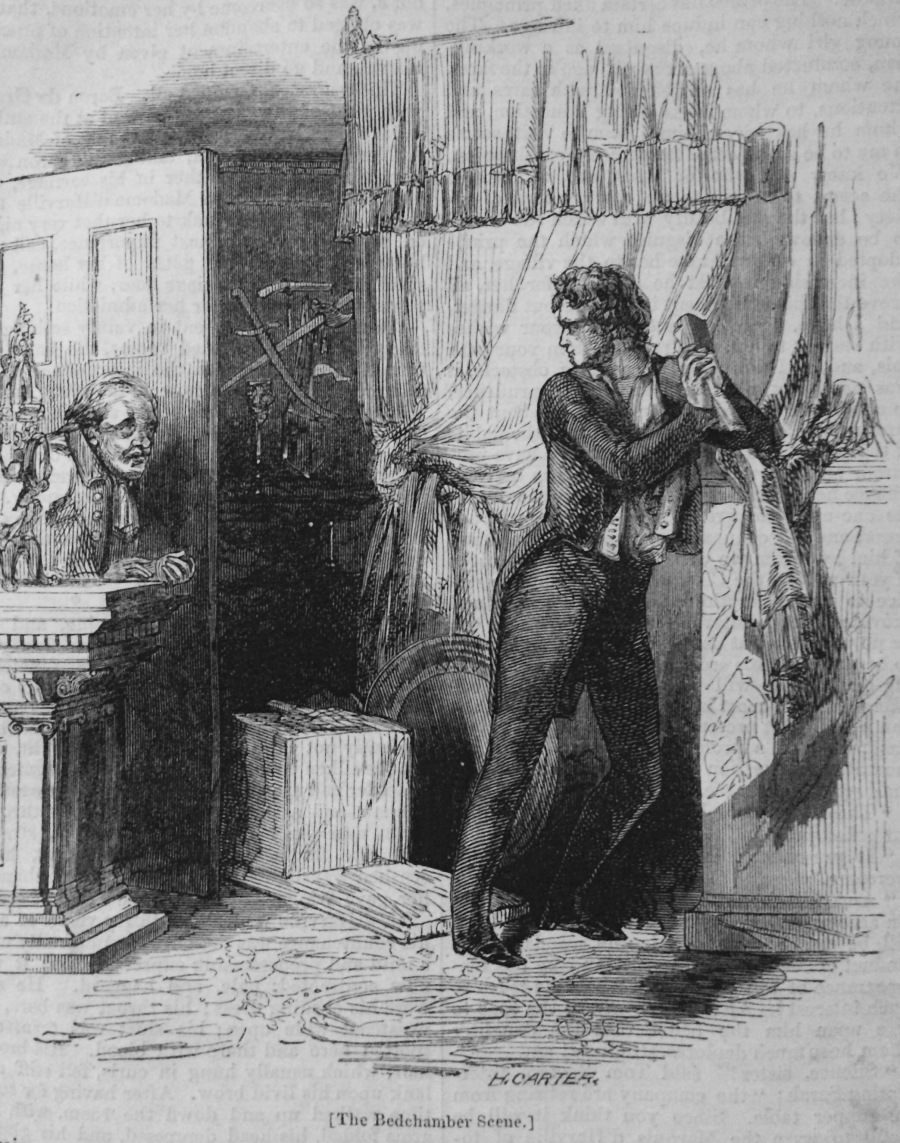 Read the 1887 edition of The Mysteries of Paris here.